Gossips of Rivertown reported yesterday on a proposal for a cigar store to be created in an existing house at the corner of Seventh and Union Streets in Hudson. The application was approved by the Historic Preservation Commission, subject to the applicant providing some additional requested materials. The primary alteration to the building is a new canopy, which is intended to evoke a train station. The proposal looks like this: 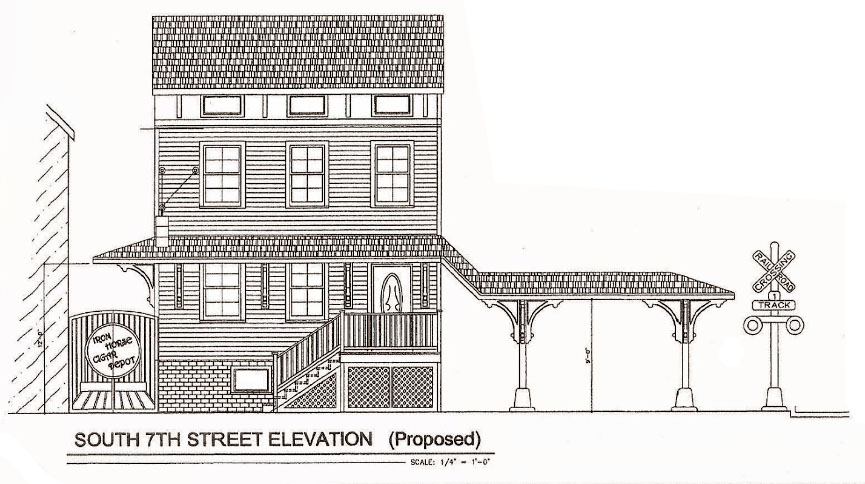 There are more things wrong with this proposal than I can speak to; Carole Osterink already has addressed many of them. But I will attempt to make cheesecake out of cheese by addressing one big problem: The proposed roof canopy steps down awkwardly, and it has a meaningless, unused space beneath its lower portion.

Below I've suggested building a raised platform at the same height as the existing front stoop. This would allow the roof canopy to extend horizontally, more clearly evoking the desired imagery of a train platform. The raised porch would do a better job of concealing the parking behind it, and its users—I imagine the space serving as a smoking porch—would be at platform level relative to the passing trains. If only the fitness center were still across the street, we could all enjoy the theater of the smokers and the treadmillers huffing and puffing in unison. 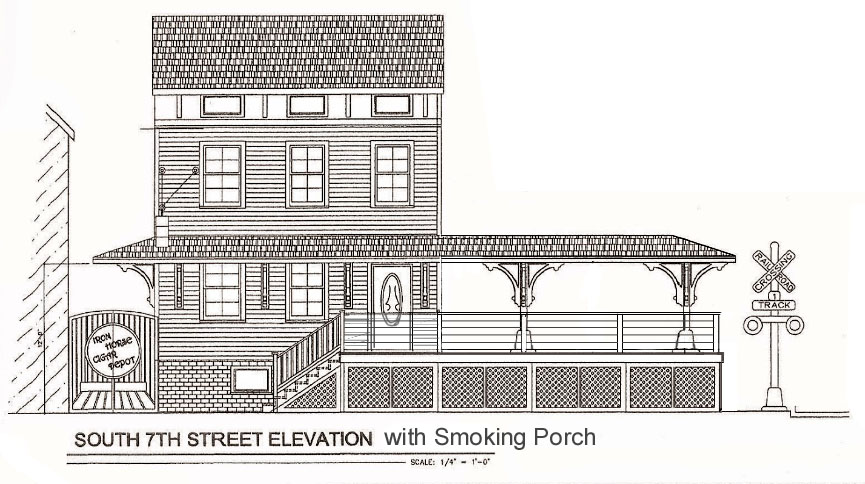 With all that said and drawn, I don't think either proposal is legal, as the roof appears to extend over the public sidewalk. If so, surely someone will notice this before a building permit is granted... um, right?

UPDATE, 10:50AM: I took a look at the property on Bing, and the existing house appears to sit back from the sidewalk a couple feet relative to its neighbors. So perhaps the roof does not violate the zoning setback after all. 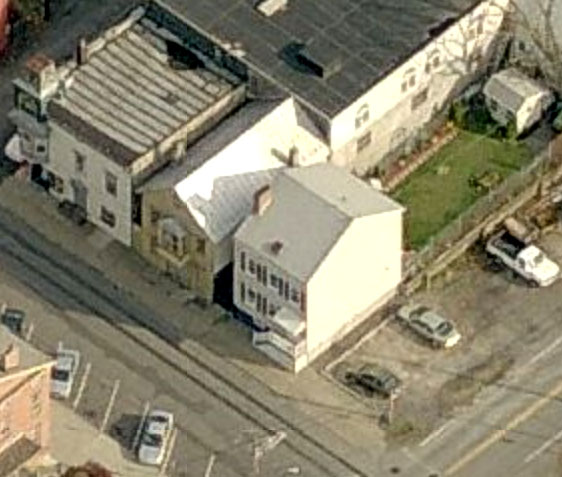 Posted by Matthew Frederick at 7:00 AM