An idiot's* guide to the weighted vote 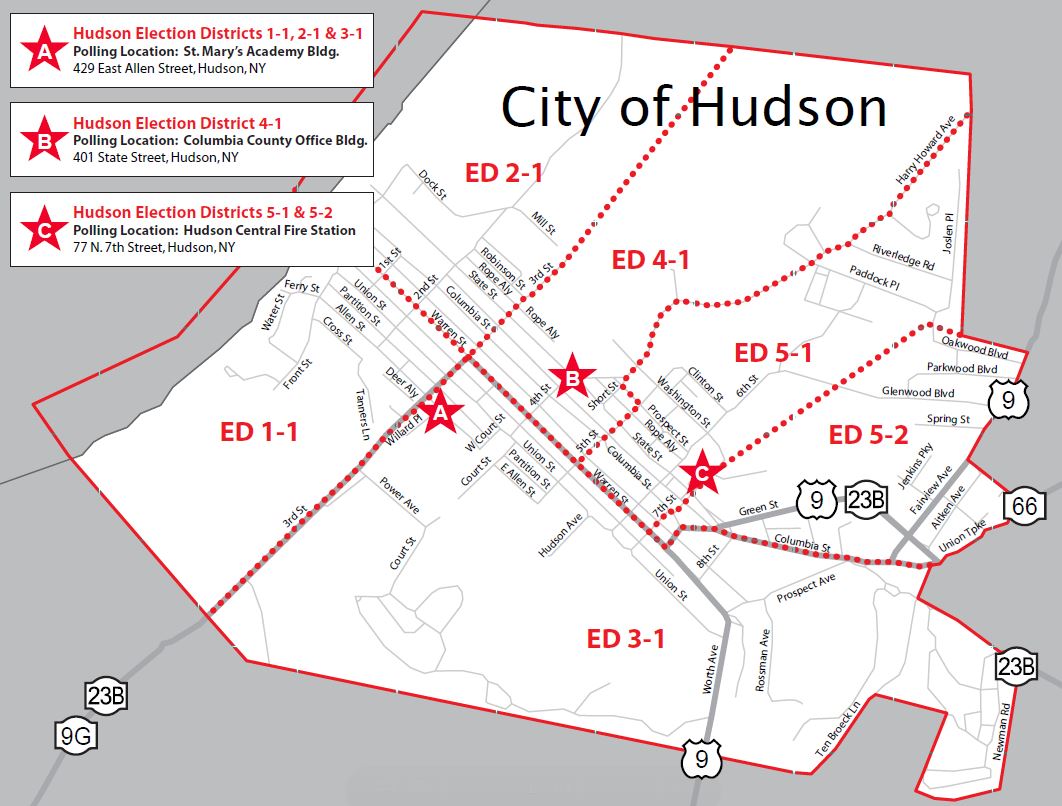 The ever active Victor Mendolia will host a session on Hudson's weighted vote this Sunday at 10AM at Valley Variety, 705 Warren Street in Hudson. There does not appear to be a RSVP, so show up if you are interested and bring donuts for the rest of us.


*****EDIT: Victor has informed me that the Sunday meeting is for those who would like to work directly on the weighted vote issue with Hudson Forward. Potential courses of action will be discussed and debated. It won't be an informational session per se, but all are welcome to attend.*****

I've been slow to grasp the weighted vote issue, and slow to form an opinion on it. I don't know where things settle out for me on it, but I usually learn something by writing about it. So I'll try that here in preparation for Sunday's meeting. If I get some of this wrong, perhaps someone will tell me.

What is in question?


Typically, a city's ward boundaries are drawn to ensure roughly equal populations among them. The boundaries are adjusted every few years (ten, I think) to account for population shifts. Each district has the same number of councilors, giving each city resident equally representation in council voting.

Hudson's system is different. Our wards have different populations, and their boundaries stay the same year after year. Inequalities in ward population are compensated by applying different multipliers to the in-chamber votes of aldermen (councilors). An alderman representing a large district has a large multiplier applied to his or her vote, while an alderman representing a small district has his or her vote reduced by a different multiplier. As populations shift, the multipliers, rather than the ward boundaries, are changed.

In theory, the outcomes are the same. The question is whether our current system is fair in practice.


An independent study concluded that Hudson is the only city in the U.S. that uses a weighted vote. Is this a reason to change it?


Logically, no. We might be the only city doing it right. (And perhaps our extremely small size for a city makes us a special case.) However, this might not be the most useful approach to take.


Does the Fifth Ward have an unfair advantage over other wards?


The Fifth Ward is the largest in the city. When its two aldermen cast the same vote, the large multiplier attached to them means they are 72% of the way to achieving a council majority. In some instances, only two other aldermen would have to cast the same vote to give the Fifth Ward its way. In short, four out of ten could create a majority. Keep in mind, however, that those four councilors would represent a majority of the city's population. So technically speaking the equivalent of a one-man-one-vote system would prevail. The question is whether a technical majority truly reflects the will of the populace, or whether some districts get shortchanged under this system, and who would not be shortchanged under a different system.

I am curious if the current system has distorted any votes to date, and which future scenarios would produce distortions. I hope Victor will provide specific examples.


Does the weighted system undermine faith in votes taken by Hudson's Common Council?


In Council votes, a show of hands in Council does not necessarily indicate the actual voting result. Calculations must be performed before the exact outcome is known. This might seem to add an element of artifice to the process, even if it is technically accurate. Does the perception of artifice outweigh technical accuracy? Is this perception contributing to the sense of unfairness in the current system? Or is perception itself a significant factor; i.e., is public faith in the fairness of a process as important as, or more important than, the actual fairness of the process?


Do the recent errors in counting First and Second Ward residents and the confusion over whether the Crosswinds development is in the Fourth or Fifth Ward impact the weighted vote discussion?


It seems to me that these are entirely separate issues. If we are having difficulty correctly counting population within wards, or in agreeing on ward boundaries, we are going to have a problem determining accurate representation under any system. Further, a conventional system would leave us debating not only the population count every ten years, but whether a ward boundary should be in front of or behind a given house. Multiply this problem by several thousand houses, and... oh boy.

This probably makes it sound like I am arguing to keep the current system, but I really don't know.


I think the heart of the issue is that the Fifth Ward is the most suburban of the five wards. Its population seems to have a larger percentage of native born Hudsonians and political conservatives than Hudson's more urban districts. The Fifth Ward therefore might be thought to stand in the way of policies that the more urban parts of the city want to implement. I suspect the real sorting out that needs to be done lies in this terrain. Messy, messy, messy. Or fun, fun fun. Or both.