What is Radical Urbanism? 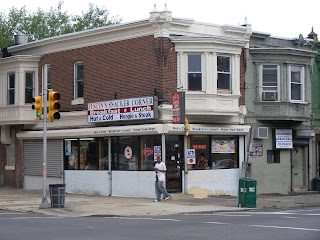 This blog is largely built upon an alternative philosophy of urban and economic development. Radical Urbanism promotes community development methods akin to those that built our most beloved mixed-use urban districts decades and centuries ago. Such districts came about in large part through an ad hoc process of ordinary citizens opening businesses in their homes. As we turned dining rooms into cafes, living rooms into hair salons, garages into machine shops, spare bedrooms into second-hand stores, and basements into repair facilities, mixed-use streets, central business districts, and downtowns emerged. The result was an urbanism that was uniquely attuned to and intertwined with local culture. It was an urbanism in which citizens were personally invested, businesses were owned by familiar faces, and buildings were authentically, not cosmetically, human-scaled.

Since around the late 1800s, government regulations (building codes, zoning codes, health codes, and others), NIMBYism, and other factors have made it increasingly illegal to open street-visible businesses in the home. Mainstream urban planning has sought to solve this through top-downism: it ignores the historical roots of successful urbanism and relies on professionalized expedients—comprehensive master plans and feasibility studies, developer-friendly tax incentives, taxpayer-funded government grants, stultifying aesthetic codes, and cumbersome community review procedures. These methods produce neither  genuinely fine-grained urbanism nor stronger culture. Almost invariably, new buildings are multiples larger than their predecessors, the architecture is contrived, commercial tenants are national chains instead of indies, and an air of artifice pervades. Citizens are turned into strangers of their own neighborhoods. New business startups are hampered, our nation's economy is weakened, and our wealth gap widens.

Radical Urbanism promotes human-scaled cultural and business enterprise, out of which fine-grained urbanism naturally grows. Its essential tool is the allowance of a wide range of home-based businesses, including retail stores, restaurants, service industries, and light industry. Radical Urbanism respects the need for government to regulate large businesses, but balances this against the benefits of largely deregulating Mom and Pop. It is in doing so that America may once again build upon the many points of support that once made it great: its citizens.

■ keeps more money spent locally in the community
■ fosters sustainable, bottom-up economic growth created by and for all, from the skilled to the unskilled
■ promotes cityscapes that change incrementally through the building of numerous small projects, not cataclysmically through large, developer-driven projects
■ promotes localized culture and democratic investment
■ allows free architectural expression
■ fosters human-scaled culture, which leads naturally to human-scaled buildings, streets, neighborhoods, and districts without formal mandate or cosmetic trickery
Radical Urbanism is not...
■ a free-for-all that allows, for example, a slaughterhouse next to a school
■ New Urbanism
■ "just like that mixed-use thing we're already doing"
■ contrived to look old-fashioned
■ subject to the feast and famine cycles of developer-based urbanism
■ expensive
■ reliant on government programs, tax breaks, or other unnecessary complexities
■ perfect